I’ve been daydreaming of traveling every day during this past year and can’t wait to go again. I want to take you guys on my favorite trip with me and show you the Ultimate Costa Rica Tour.

First I’ll say I traveled with a tour group during school which was EF Tours. It was the 10 day Touch of The Tropics tour.

We flew from Toronto into San Salvador, which was pretty neat, and then to Costa Rica.

We arrived in San Jose and spent the night in a hotel and the next day we were off to a Coffee Plantation and to explore the Arenal region.

I’m not a big coffee drinker but they are known for their coffee beans so I had to try and buy some to bring home! Definitely a very strong taste.

Next, we explored the Arenal region, which includes Arenal Volcano National Park. 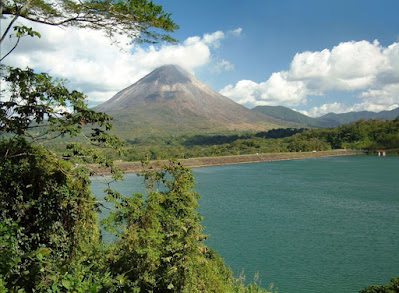 This volcano was once the most active in Costa Rica, but for the past few years has been rather quiet!

After this we went back and enjoyed some much-needed food which of course involved Plantains, they look similar to bananas and were always fried.

The next day we woke up early had some delicious breakfast and we’re off to Lake Arenal ( the water surrounding that volcano) to do some kayaking. I discovered I much prefer kayaking alone than with a partner 😂.

We then traveled to La Fortuna waterfall, now to get to this beautiful place is no easy task. There are approximately 530 stairs you must go down before reaching the bottom which is a lot after a morning of Kayaking. Despite this, the view at the bottom is both amazing and relaxing. 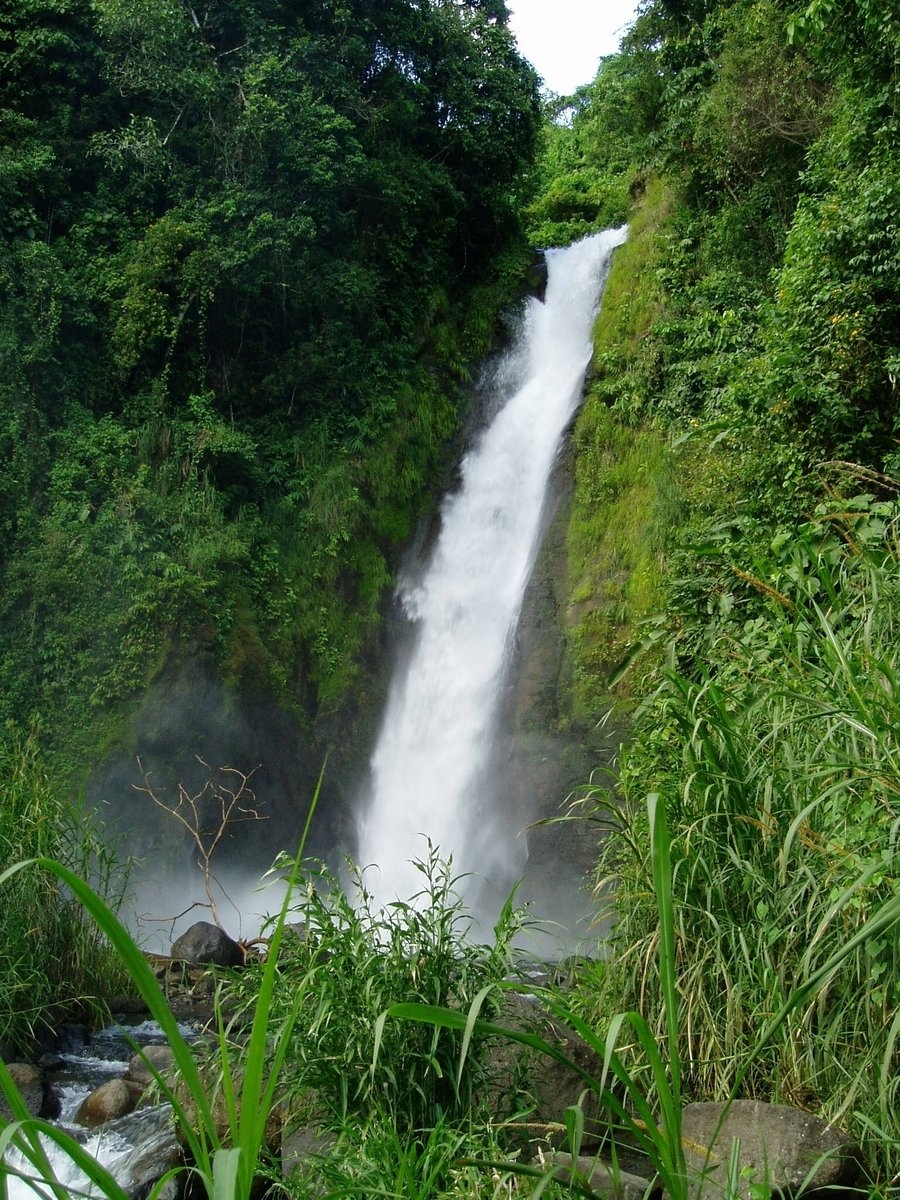 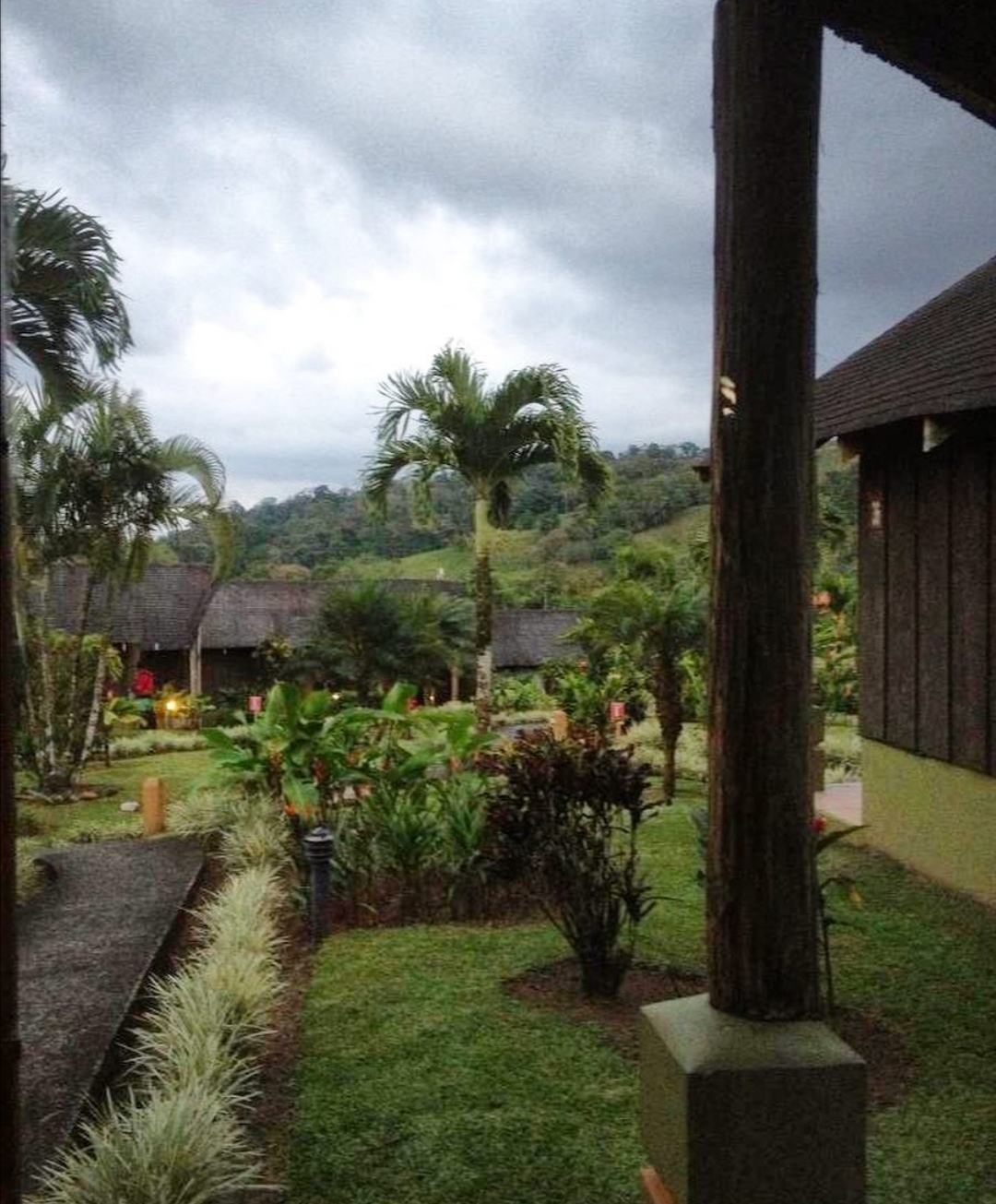 View of the volcano from hotel in Costa Rica

One of the places we stayed that was absolutely beautiful!

Next, we went to the Hot springs which just were not what I was expecting and probably my least favorite part of the trip.

The following day we traveled to Monteverde. This day just involved a lot of traveling. We did stop at a local school though and I would love to post pictures but I will respect their privacy as I didn’t obtain permission.

After going back to our hotel, we got up early again to go zip line at Aventura Canopy Tours. This place has the longest zipline in Latin America measuring 1590km. I got scared halfway through so did not make it to the longest zipline and I definitely regret it.

Next up we went horseback riding in Monteverde. It was absolutely beautiful and I love horses so this was a real treat.

We then went on a crocodile jungle safari boat cruise. This felt a bit too close for comfort but was cool to see so many crocodiles. 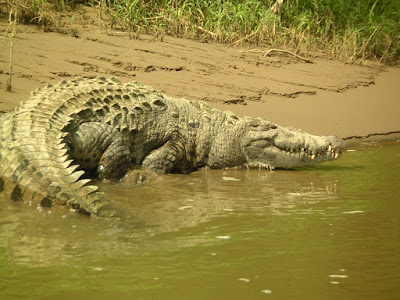 My favorite day was visiting Manuel Antonio national park. It was quite the walk again to get to the beach but the sand was beautiful and the water was super warm. The only thing that slightly ruined this day was the extreme heat and the hour long walk both ways. 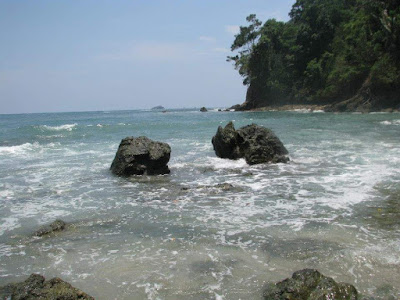 We did quite a few other things on this trip, we explored some more forests, like the Santa Elena Cloud Forest, went to some markets, and explored some towns. We also got to explore and relax in San José.
One evening was spent at a Folklore night which was a lot of fun and lastly we went white water rafting I can’t swim so I was a bit scared but it was all fun. 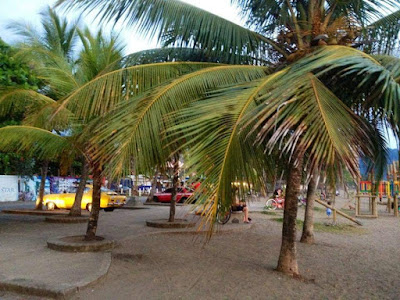 That’s the end of my Ultimate Costa Rica Tour. I hope this gives you some ideas if you ever plan a trip or if you are a teacher or student look into group trips with EF Tours. They offer fun-filled trips that include everything for a very good price!

Top spots to explore when traveling to Prince Edward Island